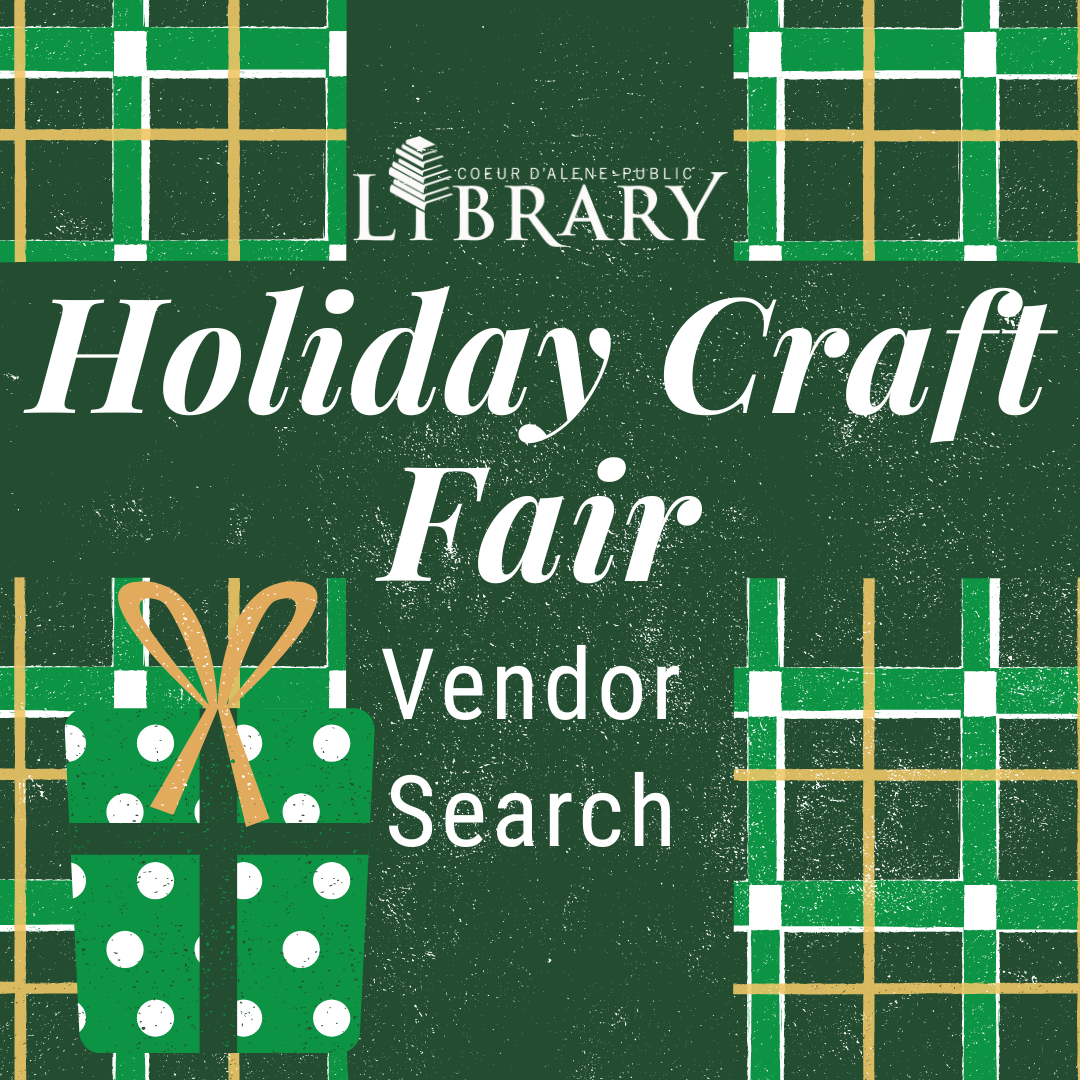 All vendors must do the following:

1. Defined Terms
The term “Event” means the current year’s Holiday Craft Fair at the Coeur d’Alene Public Library (“Exhibit Facility”). The term “Exhibitor” means, collectively (i) the company, any other business entity, or person that applied for exhibit space rental and agreed to enter into this contract upon acceptance by the Coeur d’Alene Public Library in the manner stated below and (ii) each of its officers, directors, shareholders, employees, contractors, agents, representatives, and/or invitees, as applicable.

2. Contract Acceptance
This contract shall become binding and effective only when the Booth Application has been signed by the Exhibitor and formally accepted by a duly authorized representative of the Coeur d’Alene Public Library.

3. Assumption of Risks
Exhibitor expressly assumes all risks associated with, resulting from, or arising in connection with Exhibitor’s participation or presence at the Event, including, without limitation, all risks of theft, loss, harm, damage, or injury to the person (including death), property, business or profits of Exhibitor, whether caused by negligence, intentional act, accident, act of God or otherwise. Exhibitor has sole responsibility for its property or any theft, damage or other loss to such property (whether or not stored in any courtesy storage area, including without limitation any subrogation claims by its insurer). Neither Organizer nor the Exhibit Facility accepts responsibility, nor is a bailment created, for property delivered by or to Exhibitor. Neither Organizer nor the Exhibit Facility shall be liable for, and Exhibitor hereby fully and forever release and discharge the Organizer and the Exhibit Facility, individually and collectively, and their present and former officers, directors, shareholders, partners, affiliates, employees, agents, representatives and attorneys, and predecessors, assignees and successors of each of them, from all claims, actions, causes of action, demands, cross-claims, counter-claims, obligations, contracts, indemnities, contributions, suits, debts, sums, accounts, controversies, rights, damages, costs, attorneys’ fees, losses, expenses and liabilities whatsoever, in law, equity or otherwise (collectively “Claims”) which either may now have or have had or which may hereafter accrue, individually, collectively or otherwise in connection with, relating to or arising out of Exhibitor’s participation and/or presence in the Event. Exhibitor acknowledges that there is a possibility that subsequent to the execution of this contract, it will discover facts or incur or suffer claims that were unknown or unsuspected at the time this contract was executed, and which if known by it at that time may have materially affected its decision to execute this contract. Exhibitor acknowledges and agrees that by reason of this contract, and the releases contained in this Section 3, it is assuming any risk of such unknown facts and such unknown and unsuspected claims.​

4. Limitation of Liability
Under no circumstances shall organizer or the exhibit facility be liable for any lost profits or any incidental, special, indirect, punitive, or consequential damages whatsoever for any of the acts or whether or not apprised of the possibility of any such lost profits or damages. Organizer makes no representations or warranties, express or implied, regarding the number of persons who will attend the Event or regarding any other matters.

11. Care of Exhibit Facility
Exhibitor shall promptly pay for any and all damages to the Exhibit Facility or associated facilities, booth equipment or the property of others caused by Exhibitor.

12. Taxes and Licenses
Exhibitor shall obtain any licenses, permits or approvals under federal, state or local law applicable to its activities at the Event at its sole expense. Exhibitor shall obtain any necessary tax identification numbers and permits and for paying all taxes, license fees, use fees, or other fees, charges, levies or penalties that become due to any governmental authority in connection with its activities at the Event.

13. Copyrighted Materials
Exhibitors shall not play or permit the playing or performance of, or distribution of any copyrighted material at the Event unless it has obtained all necessary rights and paid all required royalties, fees or other payments.

14. Observance of Laws
Exhibitor shall abide by and observe all federal, state and local laws, codes, ordinances, rules and regulations, and all rules and regulations of the Exhibit Facility (including without limitation any union labor work rules). Without limiting the generality of the foregoing, Exhibitor shall construct its exhibits to comply with the Americans with Disabilities Act.

17. Governing Law
This contract is governed by the laws of the State of Idaho as applied to contracts entered into and entirely performed within such state. Exhibitor agrees that the courts located in the State of Idaho shall constitute the exclusive forum for the resolution of any and all disputes arising out of, connected with or related to this contract or the breach of any provision of this contract. Exhibitor waives any right to assert lack of personal or subject matter jurisdiction and agrees that venue properly lies in Coeur d’Alene, Idaho.

19. Sound Advertisements
The use of devices for mechanical reproduction of sound or music is permitted, but must be controlled. Sound of any kind must not be projected outside of the exhibit booth. Exhibitors are specifically prohibited from employing any carnival-type attraction, animal or human, or from operating such noise-creating devices as bells, horns or megaphones. The Coeur d’Alene Public Library reserves the right to determine sound interference with others and Exhibitor shall comply with any request by the Coeur d’Alene Public Library to discontinue any such sound or music.

20. Fire and Safety Laws
Federal state and city Laws must be strictly observed. A full listing of these fire and safety regulations will be found in the exhibitor service guide.